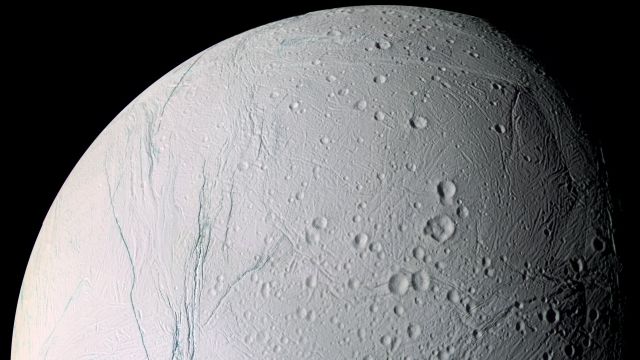 Researchers have presented new evidence arguing that one of Saturn's moons could support life.

In 2015, NASA's Cassini spacecraft observed hot springs on Saturn's moon Enceladus, which made it a contender in the hunt for alien life.

Now scientists say the Cassini spacecraft also detected hydrogen molecules in the moon's plumes. They argue that these water jets could only come from reactions between hot rocks and water in Enceladus' ocean — adding to the previous evidence that the moon experiences hydrothermal activity.

It's A First â An Earth-Sized Exoplanet With An Atmosphere

The Earth-sized exoplanet GJ 1132b has an atmosphere and is relatively close at 39 light years away.

These regions have extreme temperatures and very little oxygen, yet specially adapted animals thrive under these conditions. Some scientists argue that life on Earth may have even started at hydrothermal vents, though that idea is still being debated.

Astronomers speculate that our best chance at finding alien life is around hydrothermal vents on other planets. Scientists proposed Mars may have hydrothermal vents, which could potentially contain preserved traces of life — assuming that Mars ever had life at all.

And there is mounting evidence that Jupiter's moon Europa also has hydrothermal vents.

But with all these places in the solar system that could support life, scientists have yet to find any trace of it beyond Earth. Future missions to these celestial bodies might give us more clues to their habitability.