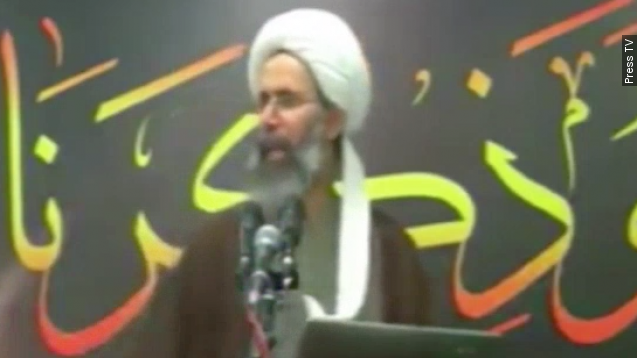 After executing more people in 2015 than in the past two decades, Saudi Arabia begins 2016 by executing 47 people.

On Saturday, Saudi Arabia carried out the executions of 47 prisoners, including a well-known Shiite cleric.

Shiite leaders throughout the world are condemning the execution of Nimr al-Nimr. That includes Iran's deputy foreign minister who said Saudi Arabia will pay "a heavy price" for the execution. (Video via Press TV)

Nimr al-Nimr's arrest in 2012 sparked protests throughout the world. It came after he accused Bahrain's ruling Sunni monarchy of violently suppressing protests from its Shiite population. Saudi Arabia said he was arrested for trying to fuel violent dissent in the region.

Of the other 46 executed Saturday, most were reportedly convicted for carrying out attacks for al-Qaeda.

This new round of executions comes after Saudi Arabia executed at least 157 people in 2015, the most in two decades.

The country's execution practices, which sometimes involve beheading, have drawn comparisons to ISIS. Officials in the country argue that, unlike ISIS, it always holds a trial before putting someone to death.

But human rights groups have panned the country's court process for being unfair. Some say defendants aren't always allowed a lawyer, and sometimes people are put to death for crimes that don't carry a mandatory death penalty. (Video via RT)

This video includes an image from Getty Images and the Information Office of the Royal Embassy of Saudi Arabia.