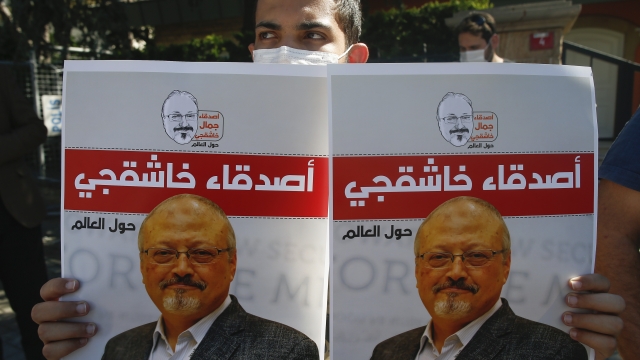 A pro-democracy group founded by journalist Jamal Khashoggi before his death hailed the loss of Saudi seat, citing "grotesque abuses" by crown prince.

Just over two years after journalist Jamal Khashoggi was killed and dismembered inside the Saudi consulate in Instanbul, Saudi Arabia has lost its seat on the United Nations Human Rights Council.

In voting Tuesday for representation on the 47-country U.N. body, Saudi Arabia finished fifth in secret balloting for a contested seat. China won that seat. And even Russia and Cuba —  countries criticized for their human rights records — secured places on the council.

Khashoggi was a Washington Post columnist and a critic of the Saudi government of Crown Prince Mohammed Bin Salman. Democracy for the Arab World Now, a group Khashoggi founded, applauded Saudi Arabia's rejection for the Human Rights Council.

The democracy organization said the Saudi crown prince has spent millions of dollars on public relations (quote) to “cover his grotesque abuses, (but) the international community just isn’t buying it.”