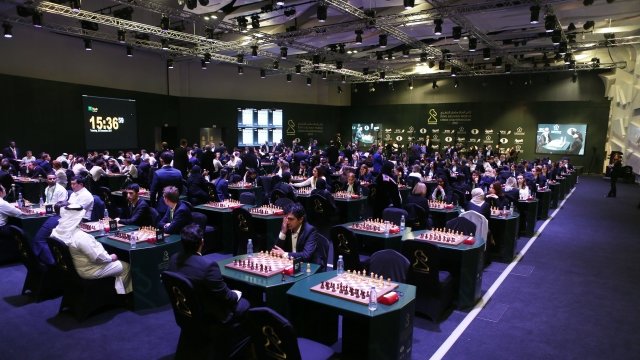 From seven Israelis being barred, to a top player boycotting — the World Chess Federation probably didn't predict this much controversy.

Saudi Arabia's first international chess tournament was seen by many as a sign of reform and openness. But the championships are facing controversy from multiple angles.

Seven Israeli players were barred from competing after Saudi officials denied them visas.

A Saudi spokeswoman said Monday the players were blocked because Israel and Saudi Arabia have no diplomatic ties.

However, Israel's chess body argues it was led to believe its players would be able to compete. And it's accused Saudi Arabia of misleading the World Chess Federation.

Players from other countries have also expressed disappointment with Saudi Arabia hosting the tournament.

A double world champion from Ukraine has boycotted the tournament, citing restrictions on women.

And a top American player blasted the World Chess Federation for allowing a tournament to be held "in a country where basic human rights aren't valued."

The Saudi Ministry of Culture and Information said Monday cinemas will be allowed to operate again in early 2018.

The World Chess Federation announced last month women competitors wouldn't be required to wear a hijab or abaya — a first for any sporting event in Saudi Arabia.