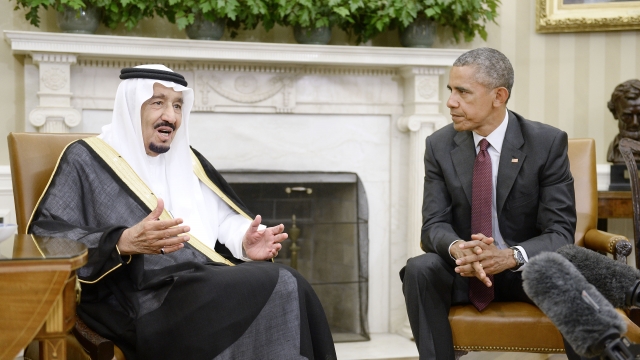 Saudi Arabia has threatened to sell billions of U.S. assets if Congress passes a bill that would claim the country had a role in the 9/11 attacks.

Saudi Arabia has reportedly threatened to sell $750 billion of American assets — like bonds — if the U.S. passes a bill that could hold the country responsible for any connection in the 9/11 attacks.

The New York Times cites sources inside the Obama administration and congressional aides from both parties, saying the White House is actively lobbying against the bill because of worries over potential diplomatic and economic effects.

A congressional inquiry in 2002 absolved the Saudi government and senior officials from 9/11 involvement. But since then, questions persisted over the broad wording of sealed documents, which were never released to the public. President Barack Obama could still release those documents.

The New York Times notes "a 1976 law gives foreign nations some immunity in American courts," but this bill would hold countries responsible if they were found responsible for terror attacks that killed U.S. citizens on American soil. The White House is afraid if the bill passes, it would enable other nations to do the same to the U.S.

The U.S. and the oil-backed kingdom don't see eye to eye on much — like diplomacy with Iran and Israel. But Obama is planning on visiting Saudi Arabia in the coming days to improve relations.

Meanwhile, one economist told The Times selling off such a massive amount of U.S. assets would be difficult and would likely devalue the U.S. dollar, causing worldwide economic effects.

The threat follows growing criticism of U.S.-Saudi relations as two senators have introduced other legislation that would restrict arms sales to the kingdom.