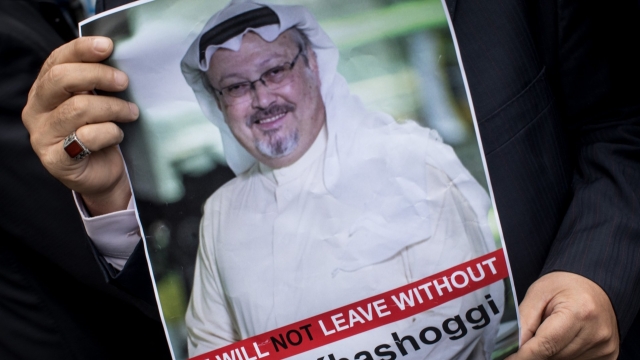 Saudi Arabia’s Crown Prince Mohammed bin Salman says he did not order the murder of journalist Jamal Khashoggi. But he does claim responsibility for his death.

This revelation came in an interview with CBS's "60 Minutes" Sunday night and marks the first time the crown prince has spoken about Khashoggi's death on television.

"Absolutely not. This was a heinous crime. But I take full responsibility as a leader in Saudi Arabia, especially since it was committed by individuals working for the Saudi government," the crown prince said.

Khashoggi, a Washington Post columnist, was a known critic of Saudi leadership. He was killed in October 2018 during a visit to the Saudi consulate in Istanbul. Turkish investigators said he was murdered inside the consulate by a Saudi hit squad. His body has never been found.

In his interview with "60 Minutes," the crown prince was questioned about how he had not been aware of the operation that led to Khashoggi's death. The crown prince argued that how could he "know what 3 million people working for the Saudi government do daily?"

In response to questions regarding allegations that he ordered Khashoggi's death, the crown prince said, "If there is any such information that charges me, I hope it is brought forward publicly."