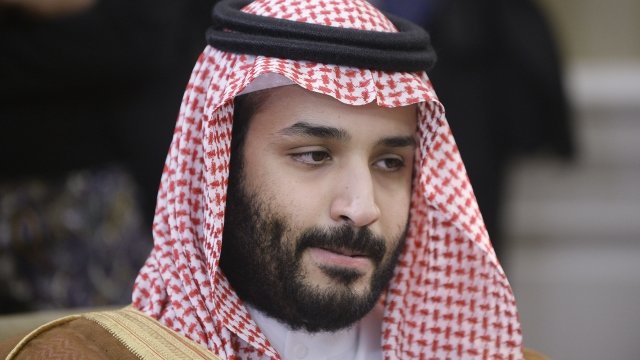 Many saw the move as a way to concentrate power under the king's son and successor.

Saudi Arabia's next in line for the throne had several high-ranking officials arrested Saturday in what was called an anti-corruption purge.

Mohammed bin Salman became crown prince in June, when the king changed the line of succession.

Many saw the anti-corruption purge — approved by royal decree only hours before the arrests — as another step to coalesce power under the young prince.

Kurdish Leader In Iraq Steps Down As Independence Movement Stalls

Since the referendum, Iraqi forces have taken over strategic locations that were under Kurdish control.

One prominent Saudi caught up in the purge is Prince Alwaleed bin Talal, a billionaire investor with holdings in Western companies like Twitter and Apple.

Mohammed bin Salman is seen as a top adviser and favorite son of King Salman and has championed a number of modernizing reforms for the kingdom. He's called for a return to a more "moderate Islam" and was likely behind a royal decree allowing women to drive. He also wants to diversify Saudi Arabia's oil-based economy.