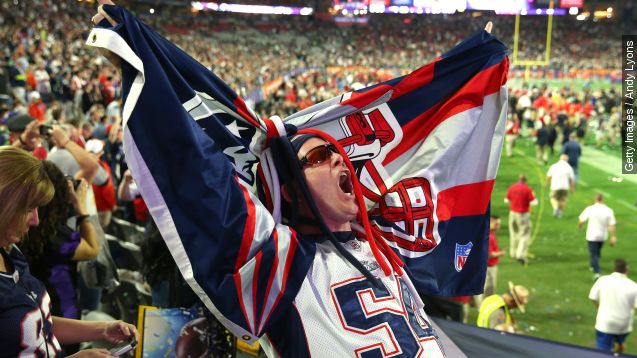 Controversy, concussions and "Outside the Lines" reports be damned, sports fans are ready for their football.

Recently, the NFL has dealt with Ray Rice punching his wife in an elevator, Adrian Peterson facing child abuse charges, a record-setting concussion settlement and Deflategate. But despite all that, America is still ready for some football.

The NFL's latest scandal comes from a particularly damning ESPN report that claims the Patriots' Spygate fiasco from 2008 was even bigger than we all thought.

ESPN reports the Pats videotaped the signals of opposing coaches in at least 40 games from 2000 to 2007. All New England did was win three Super Bowls in that time.

But in the Boston city limits, it's safe to say Beantown still loves its scandal-prone Pats. The Patriots preseason opener was the highest-rated TV program in the Boston area since the Academy Awards. And of course, last year's Super Bowl was the most watched TV program in U.S. history. (Video via NBC)

And while we don't know the ratings for the NFL's season opener yet, fantasy football is pulling in more participants than ever. Seventy-five million people, nearly a quarter of the U.S. population, will be drafting and competing with co-workers, friends and family this football season.

And for all the scandal and supposed backlash against Tom Brady and the Super Bowl champs, they're still the second most valuable team in the NFL. The average price on the secondary market for a ticket to the Pats opener against the Steelers sits at $489.

"I’m not aware of any connection between the Spygate procedures and the procedures we went through here," NFL Commissioner Roger Goodell said.

The NFL season officially kicks off Thursday when the Super Bowl champs take on the Pittsburgh Steelers in Foxborough.