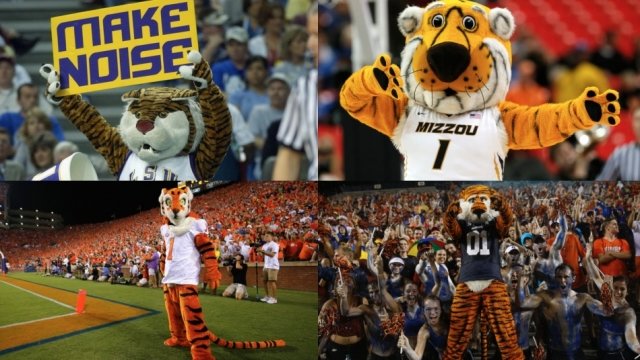 Tigers have had a lot of success in college athletics, including Clemson's 2017 football national championship.

But real tigers in the wild aren't doing so well. The big cats are considered endangered, and World Wildlife Fund says there may be fewer than 4,000 tigers left in the wild.

So Clemson, Auburn, Louisiana State and Missouri, spurred on by their tiger mascots, are teaming up to help the big cats by forming the U.S. Tiger University Consortium.

Because let's face it — it would probably be a lot less fun to cheer for the Tigers if there weren't any real tigers left.

Conservationists in Thailand captured photos and video of a small tiger population the jungle. And among those tigers were at least six cubs.

A dean at Clemson said: "These universities share the tiger mascot and benefit from that majestic symbol of strength, dignity and beauty, so they share a moral responsibility to apply all of our resources to save the animal that inspires that symbol."

The schools hope that, through research and advocacy, the consortium can double the number of tigers living in the wild by 2022.