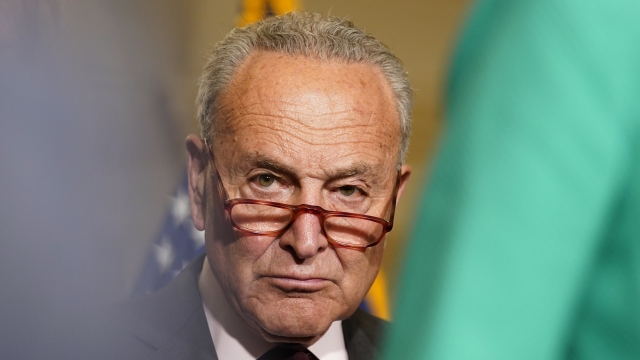 Earlier this summer, the House passed the Respect for Marriage Act by a vote of 267 to 157.

Senate Majority Leader Chuck Schumer took to the Senate floor to urge passage of a marriage equality bill, saying "I truly hope, for the sake of tens of millions of Americans, that there will be at least ten Republicans who will vote with us to pass this very important bill."

Work continues on the legislation behind the scenes, and Schumer praised two Democrats, Sen. Tammy Baldwin and Sen. Kyrsten Sinema, along with one Republican, Sen. Susan Collins for their work in putting together the legislation.

"I encourage my colleagues to continue these conversations," Schumer said. "The American people support protecting marriage rights of same sex marriages by a large margin. So let's get it done."

Earlier this summer, the House passed the Respect for Marriage Act by a vote of 267 to 157. Forty-seven Republicans joined Democrats to support the bill.