Scientist Says New Drug Gets You Drunk Without Hangovers 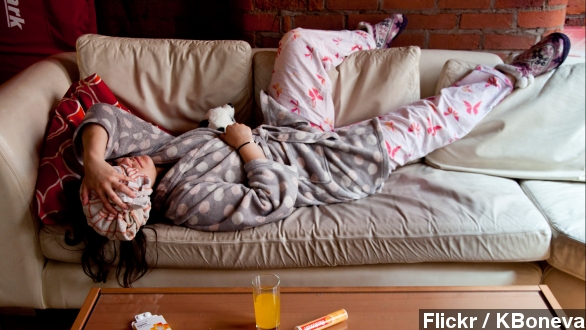 A British scientist now says he has developed an "alcohol-surrogate." It reportedly will inebriate the user, like alcohol, but without negative effec

Imagine being able to drink all the alcohol you want, then just take an antidote pill whenever you wanted to sober up. Sounds like something you’d dream up while fighting off a hangover, right? Well, it might not be that far fetched.

A British scientist now says he has developed a so-called “alcohol-surrogate.” It reportedly will inebriate the user, like alcohol, but without negative effects like aggression and addiction. (Via New York Daily News)

And when you’re tired of being drunk — according to the scientist — just take the antidote, sober up, and go about your day — no hangover.

The drug is the brainchild of neuro-psychopharmacologist David Nutt — who says he has developed five “alcohol-surrogate” substances. (Via BBC)

In an op-ed for The Guardian he wrote, “After exploring one possible compound I was quite relaxed and sleepily inebriated for an hour or so, then within minutes of taking the antidote I was up giving a lecture with no impairment whatsoever.”

Nutt says the compounds would replace ethanol, the intoxicant found in alcohol, with benzodiazepines, a class of drugs that includes Xanax and Valium. (Via YouTube / Jeremy Williams, KEYE)

Those drugs target receptors of the neurotransmitter GABA in the brain, as alcohol does. (Via YouTube / AsapSCIENCE)

But before you get too excited about a future free of alcohol-induced headaches and nausea, a writer for The Telegraph wants you to reconsider the value of the hangover.

He writes, “The point is the guilt; the point is the hangover. … Such lessons (of self-control) cannot be learnt if choices become consequence-free: to drink must be to volunteer oneself for risk.”

According to the National Council on Alcoholism and Drug Dependence, alcohol is responsible for some 2.5 million deaths worldwide annually.

It might be a little while before you can get your hands on the replacement. CNET reports Nutt’s stash is currently all that’s available.