Scientists Are Really Excited About This Discovery Of Pterosaur Eggs 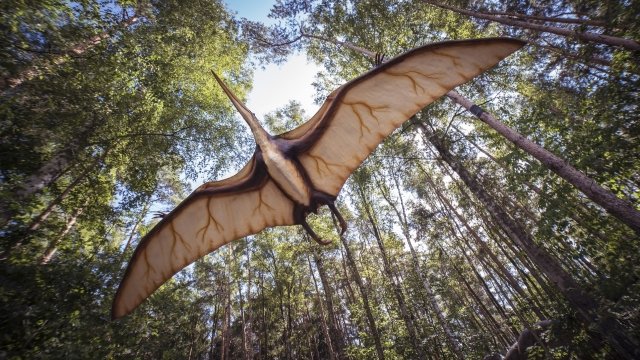 The discovery could help paleontologists understand how pterosaurs reproduced and nested.

More than 215 well-preserved pterosaur eggs were just discovered in China, and it's getting a lot of paleontologists really hyped up.

This is because pterosaur eggs are incredibly rare, and according to the BBC, not much is known yet about how the creatures reproduced or nested.

This Masked Dinosaur Was An Expert At Camouflage

Many of today's animals still use the same camouflage technique that sinosauropteryx used about 130 million years ago.

Sixteen of the eggs found contain embryonic remains, which could help experts understand how pterosaurs developed inside the egg.

For the discoverers, the eggs suggest that young pterosaurs were incapable of flight. The mass of eggs, which were found in one location, also seems to show the creatures may have nested in colonies.