Scientists Predict Near-Record 'Dead Zone' In The Gulf Of Mexico 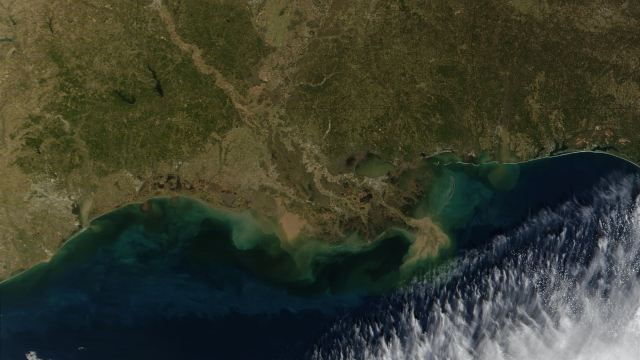 The National Oceanic and Atmospheric Administration says this summer's dead zone could measure in at approximately 7,829 square miles.

Every year, a so-called "dead zone" appears in the Gulf of Mexico, where the water doesn't have enough oxygen to support fish and other marine life.

And experts say this year's could be one of the biggest on record.

According to the National Oceanic and Atmospheric Administration, this summer's Gulf of Mexico dead zone could measure in at approximately 7,829 square miles. That's roughly the size of New Jersey.

When that polluted water reaches the Gulf, the excess nutrients in it stimulate algae growth. But that algae eventually dies and sinks to the bottom of the ocean, which uses up the oxygen marine life needs to survive.

Scientists say a major cause of this year's bigger dead zone is the heavy rainfall that soaked parts of the Mississippi River watershed in recent weeks. That rain flooded fields and caused record river levels in several states.

The Gulf's dead zone will be officially measured next month.