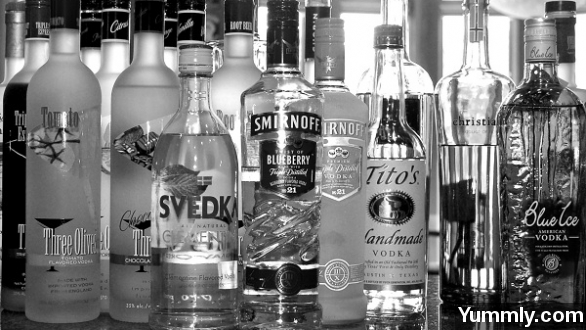 ​Usually alcohol and text messages don't mix — too often the combination leads to regrets or just downright embarrassment the next day. But researchers in England have now found a way the two can work together.

According to the lead researcher on the experiment, "We believe we have sent the world's first text message to be transmitted entirely with molecular communication, controlling concentration levels of the alcohol molecules to encode the alphabet." (Via Voice of America)

In a demonstration of the concept, Ars Technica explains researchers "used specific concentration levels of the vodka to represent bits 1 and 0." Then they wafted the message 12 feet across a room, where the concentration of the alcohol was determined and then translated by a receiving device.

​Because that demonstration was in Toronto, the message was, appropriately, the lyrics to "O Canada." (Via National Post)

Now, at first blush, this might sound like something scientists are doing just because they can, but according to Phys.org, there could be a very practical use for just such a technology.

"The technique has a wide range of applications in environments where electromagnetic waves cannot be used, for example in underground structures such as tunnels, pipelines or in underwater environments."

One specific example? The scientists say the system could have been used for early detection of sewage blockages — like a massive "fatberg" found in a London sewer earlier this year. (Via CNN)

The experiment also has a precedent in nature.

Bees use chemical pheromones to communicate threats to their hive. (Via National Geographic)

And you know when cats pee on things to mark their territory? Kind of the same idea. (Via BBC)

According to the researchers, the equipment needed for the experiment was all "off-the-shelf" materials and cost less than $100 — you know, in case you want to make your own vodka text-messaging machine in your garage.