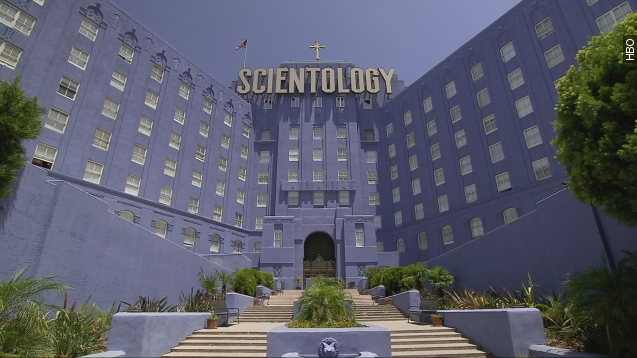 As the HBO Scientology documentary "Going Clear" prepares for award season, the church ramps up its smear campaign against the film.

If there's one thing that's been made clear about the church of Scientology, it's that it doesn't want the HBO documentary "Going Clear" to receive any form of praise.

That smear campaign is getting more intense as the documentary gains momentum going into Oscar season — after all, it won three out of the seven Emmys it was nominated for.

In addition to reportedly making a film about "Going Clear" director Alex Gibney, the church has apparently made efforts to contact several members of the Academy's documentary branch.

The Hollywood Reporter says a man named Joe Taglieri has reached out to several writers and producers for an article he's supposedly writing. However, he did not acknowledge his connection to the church or that he has written for the church's magazine, Freedom.

One producer who was contacted told THR, "He definitely had an agenda."

"Going Clear" has been a global phenomenon since its March release, gaining a screening of the film in the U.K. and a re-release in theaters. (Video via HBO / "Going Clear")

Each attempt to release the film has met backlash from the church. Most recently, two theaters near the Scientology world headquarters in Florida were reportedly pressured by church members against screening the film. (Video via Scientology)

Gibney explains the reasoning behind the church's strong reactions, though: "There is a doctrine expounded by L. Ron Hubbard called Fair Game and the idea is if the church is criticized, it's done by someone who is clearly not right in their head ... so it's fair game to go after them with everything you've got."

On another occasion, a Florida Q&A resulted in a "screaming match" between two former high-level Scientologists who appear in the film and two current members of the church.

A spokesperson also released a public letter to Gibney, re-iterating the "axes to grind" the subjects of the film had — and requested a subtitle be added to the film saying, "See freedommag.org for all the lies I am telling in this film."

Those lies, the spokesperson alleges, are a result of Gibney not asking the church to comment on the stories included in the doc. To counter that, Gibney told Business Insider he reached out to the church, John Travolta and Tom Cruise, all of whom declined to give comments.

If "Going Clear" wins the Oscar for Best Documentary, it could potentially shine a massive spotlight on the church, one that it does not want.

And whether these reported incidents have any influence over the 221 voting members in the Academy's documentary branch stands to be seen. Gibney has been nominated for an Oscar twice and won in 2008 for his doc "Taxi to the Dark Side," which looks into America's torture practices in the Middle East.

One thing is for sure, though: The attempts to dissuade the Academy from giving the Oscar to Gibney are the same reasons people have developed such an interest in the religion, so the church's efforts may still help Gibney more than hurt him. (Video via Scientology, Madman Films)