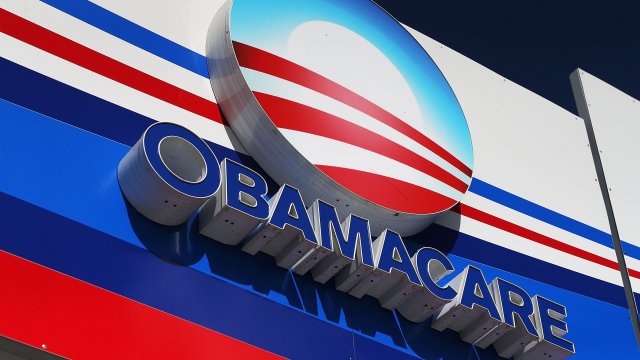 The high court denied a request from Democrats and the House of Representatives to quickly rule on the law.

The Supreme Court says it won't expedite an appeal of a lower court decision that could put an end to the Affordable Care Act, rejecting Democrats' efforts to get a quick ruling.

On Tuesday, the high court denied a request from a coalition of Democratic-led states and the House of Representatives to quickly intervene in the latest legal battle over the Obama-era law.

In December, a federal appeals court ruled the Affordable Care Act's individual mandate provision was unconstitutional. But it didn't rule on whether the rest of Obamacare still stands. Instead, the court punted the case back to a federal judge in Texas who previously threw out the entire law.

That's where the group of blue states and the House come in. They asked the Supreme Court to immediately review the appeals court's ruling in the hopes of saving the Affordable Care Act.

But Tuesday's order makes it pretty unlikely that the justices will take up the case this term. And a decision wouldn't come until after the 2020 election — much to the dismay of Democrats who want to keep the issue in the spotlight as voters head to the polls.