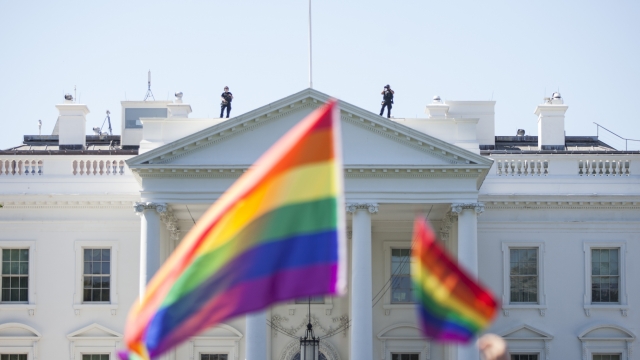 The U.S. Supreme Court will hear a trilogy of cases centered on whether it's legal for employers to discriminate against LGBTQ applicants and workers.

The U.S. Supreme Court will hear a trilogy of cases Tuesday that could affect the livelihoods of millions of LGBTQ Americans. At issue: Is it legal for an employer to fire someone because they're gay or transgender?

The answer to that question may seem obvious to some people. But next week, the court will consider whether "sex," as it's outlined by Title VII of the 1964 Civil Rights Act, encompasses sexual orientation or gender identity. Right now, the definition of "sex" is limited to a person's biological status as male or female.

Federal law already prohibits discrimination based on sex. This means employers can't treat men and women differently. If the court maintains that definition, it could put countless LGBTQ workers at risk of discrimination. But if it expands the definition, that could compromise other employment conditions and protections, like voluntary affirmative action.

LGBTQ rights activists say they're protected under Equal Employment Opportunity guidelines, even in states that don't have a formal law on the books — and the plaintiffs in these three cases allege they were fired for being gay or transgender. Their employers, meanwhile, contend that they were let go over misconduct or insubordination.

Twenty-eight states currently allow employers to terminate someone over their sexual orientation or gender identity. Earlier this year, the House passed the Equality Act to expand Title VII to include both orientation and identity, and that bill is now before the Senate.