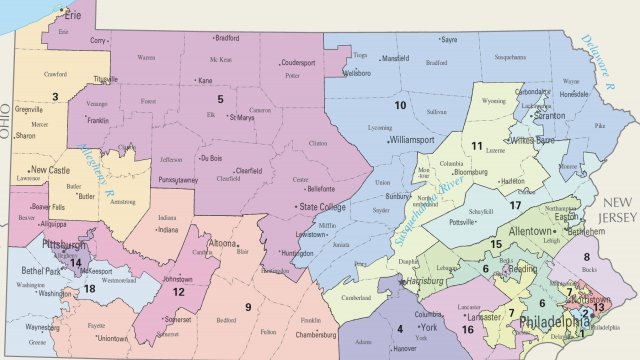 U.S. Department of the Interior

It looks like Pennsylvania will have a revamped congressional map soon.

The state court's ruling gives lawmakers until Friday to draw up a new map. Gov. Tom Wolf would have until Feb. 15 to approve or veto the changes. And if they can't come to an agreement, the state Supreme Court will redraw the boundaries itself.

The decision comes as both Republicans and Democrats prepare for midterm elections this year. And a new congressional map could help Democrats pick up a few Republican-held spots in Pennsylvania.