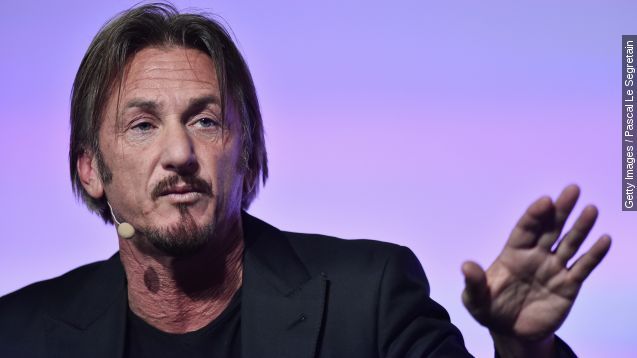 The actor's conversation with Guzmán may have inadvertently led authorities to the drug lord.

Mexican authorities already hinted they were able to recapture infamous drug kingpin Joaquín "El Chapo" Guzmán after he tried to contact some people in the film industry. Now, we know that at least one of those people was actor Sean Penn.

This brief video interview with Guzmán was part of an in-depth profile penned by Penn and arranged by Mexican actress Kate del Castillo. Castillo made some social media comments supporting Guzmán in 2012, which paved the way for this meeting.

The article, which mostly deals with Penn's tribulations setting up the interview, presents a fairly favorable portrait of Guzmán — Penn notes up front the drug lord was given final approval of the piece before publishing.

In the interview, Guzmán admits the drug trade is destructive but places some of the blame on the U.S., saying "If there was no consumption, there would be no sales."

Penn himself takes a similar line on the issue, at one point commenting "We are the consumers, and as such, we are complicit in every murder, and in every corruption ... that comes as a result of our insatiable appetite for illicit narcotics."