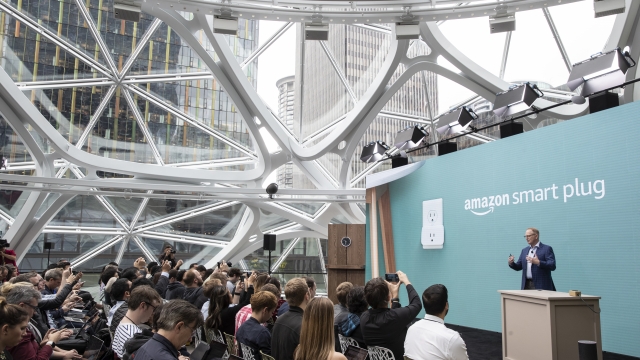 The City of Seattle is seeking to keep multinational companies from dumping money into local political races in a move that appears directed at one company in particular — Amazon.

The online retail giant, headquartered in Seattle, is the city's largest private employer and the third biggest in the Pacific Northwest behind Boeing and Microsoft. Last year, Amazon spent a record $1.5 million in City Council races.

On Monday, the Seattle City Council took aim at those contributions. It unanimously passed a measure to block local political contributions from corporations that have at least 5% foreign ownership, or a 1% ownership share from a single foreign investor. Reuters reports that Amazon is 9% foreign-owned.

Amazon began spending heavily in local elections in 2017 when it gave $350,000 to a Chamber of Commerce committee backing Jenny Durkan for mayor. At the time, Seattle was proposing a tax on large employers to fund homeless programs.

Durkan later helped pass that tax as mayor, but it was repealed under pressure from Amazon, including threats to cut business investment in the city. Last year, Amazon donated $1 million to the Chamber to back a slate of candidates. But five of the seven were defeated.

That produced a City Council strongly opposing Amazon's influence. And Lorena González, the Council president, drafted the contributions bill, saying, “We have an epidemic of big money in our elections, and this step helps to address the appearance and risk of corruption."

Amazon didn't comment on the bill's passage. But a spokesman for the Chamber of Commerce said: "It's disconcerting to see the Seattle City Council pick and choose who gets a vote in local elections."

A spokeswoman for Mayor Durkan said the city expects the bill will face legal challenges. Despite her past support from Amazon, the mayor backed the donation restrictions to "ensure transparency in our elections."