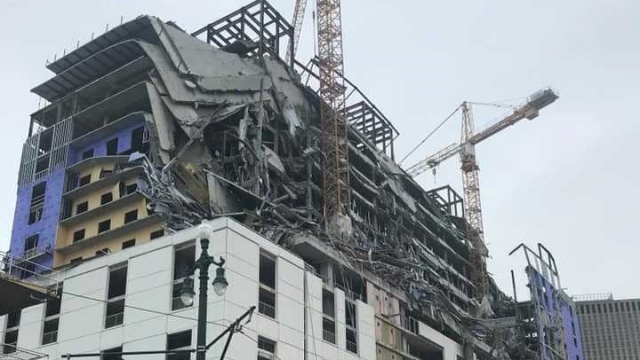 Two deaths have been confirmed following the collapse of an under-construction Hard Rock Hotel in New Orleans. One person is still missing.

Two people are dead and one is missing after a Hard Rock Hotel collapsed in New Orleans Saturday morning.

The building was under construction when a section of it toppled to the ground around 9 a.m.

18 people were taken to the hospital but they are all in stable condition.

Several buildings near the hotel were evacuated as Fire Superintendent Tim McConnell said the building was "unstable."

"We have teams that are currently making entry as we speak in the building again in an effort to try and locate the one victim we have that we have not been able to locate."

Louisiana Gov. John Bel Edwards said, "This remains a very fluid and very dangerous situation, and every few minutes something is falling off of this building."

Officials say they are unclear what caused the collapse but more damage is possible.

Rescue crews are going to continue their search and as soon as the missing person is found, they will begin recovery efforts for the other two bodies.