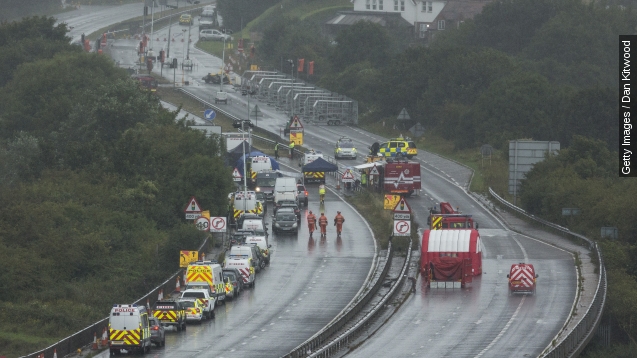 Two planes collided at a Swiss air show, killing one pilot. This is the second air show accident in less than a day.

One pilot is dead after two planes collided at a Swiss air show Sunday.

The pilots were performing a formation aerobatics demonstration as a part of the German Grasshoppers team when one plane struck the other from above. The other pilot was able to eject from the cockpit and parachute to safety.

It's important to note that this Grasshoppers team is different than the Dutch Royal Air Force team – which has the same name. This team included three amateur pilots.

In that case, the pilot, Andy Hill, who was a top Royal Air Force pilot, attempted to complete a loop at an air show. Spectators say he was too low and couldn't complete the turn.

Hill was airlifted to a hospital, where he remains in critical condition. As for this latest crash, investigators are still trying to determine what caused it.