Another Federal Judge Blocks The Trump Administration From Ending DACA 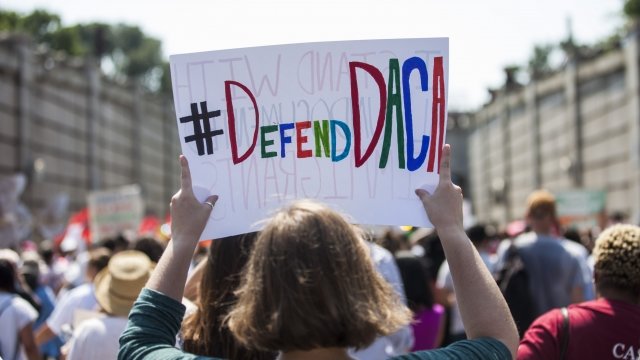 A federal judge ruled the Trump administration has not offered "legally adequate" reasons for rescinding the program.

A second federal judge has temporarily barred the Trump administration from ending the Deferred Action for Childhood Arrivals program.

A judge in New York ruled the Trump administration hasn't offered "legally adequate" reasons for ending the program — primarily because the judge thinks Attorney General Jeff Sessions was incorrect in concluding that DACA is unconstitutional.

The judge also said plaintiffs are likely to succeed in challenging the administration based on their claim that the decision to end DACA was "arbitrary and capricious."

This judge's decision comes about a month after a federal judge in California blocked the Trump administration from ending DACA and said it must continue accepting renewals.