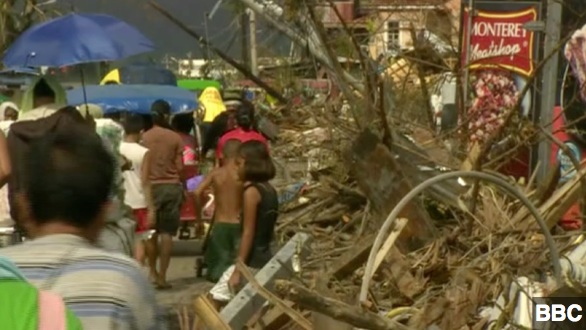 Zoraida is set to pour several inches of rain on a nation already working desperately to rescue its injured and recover its dead.

Almost 2,000 people are already dead and that number is expected to rise. But amidst the search-and-rescue efforts, more bad weather hits the Philippines.

"Heavy rain into the region. We're talking about anywhere from 6-10 inches of rain, winds of about 35 mph. For perspective, this wouldn't typically be a big deal. They're used to heavy systems in this region, it's just of course, they're trying to recover." (Via CNN)

"They are warning of mudslides and say heavy rains are complicating search-and-rescue efforts." (Via WMDT)

This second system has been named Zoraida by the Philippines. Super typhoon Haiyan already ravaged the nation last week.

It was three-and-a-half times stronger than the infamous Hurricane Katrina in the U.S. Bodies are still being recovered; the Red Cross says it's ordered 10,000 body bags. (Via BBC)

By Wednesday, weather in the Philippines is supposed to clear up, but again, Zoraida is complicating what are already very difficult rescue and cleanup operations. Millions of people are in need of food and clean drinking water.

The U.S. is sending the USS George Washington its way, and has set aside $20 million in aid. You can help by donating to organizations including the Red Cross, UNICEF, the Salvation Army, Doctors Without Borders and more. (Via ITV)