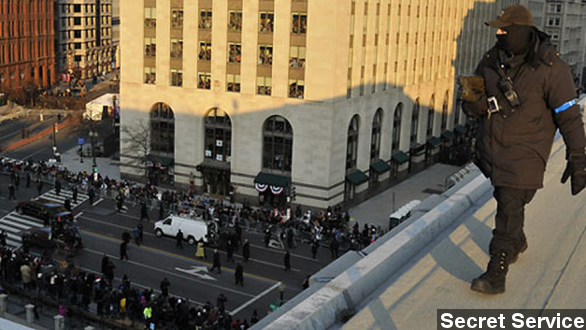 According to whistleblowers' accounts, Secret Service agents have engaged in sexual misconduct and other indiscretions in at least 17 countries.

Just days after reports surfaced that two Secret Service agents have been cut from the President's security team for alleged sexual misconduct, fresh allegations are being leveled against the security agency.

According to testimony given by whistleblowers to the Senate committee on Homeland Security, agency officers and supervisors have engaged in sexual misconduct and other indiscretions in at least 17 countries. (Via CNN)

The whistleblowers' accounts contradict claims by Secret Service leaders that the agency doesn't encourage or condone sexually improper behavior. One of the them spoke with The Washington Post, whicg broke the story, explaining the agency's management was fully aware that agents were soliticing prostitutes on foreign and domestic trips.

The whistleblower told the Post in Thailand back in 2009, an agent went missing ahead of a scheduled flight to South Korea. He says  " ... to avoid a delay, a supervisor agreed to stay behind to retrieve him from a Thai brothel, where he was found intoxicated."

The agent was then reportedly booked for a last second commercial flight at quote "great expense." The whistleblower says the agent never faced displinary actions.

The reports surfacing this week come a little more than a year after a prostitiuon scandal in Colombia rocked the reputation of the elite agency. (Via MSNBC)

More than a dozen agents were relieved of duty and brought back to the U.S. after it was discovered they had drank excessively and hired prostitutions ahead of President Obama's scheduled visit to the country. (Via ABC )

In the wake of the scandal, the agency vowed to launch a full investigation into agents' conduct on trips. And promised to curb the male-dominated culture of excess partying.

Ultimately, the incident would lead to the resignation of then-director Mark Sullivan — who would be replaced by the agency first female director, Julia Pierson. (Via CBS, The Daily Beast)

Earlier this week, two agents were cut from President Obama's security detail after those close to the case say sexually-explicit emails were sent by them to a female surbordinate. The Secret Service and the White House administration have yet to comment on either of this week's reports.