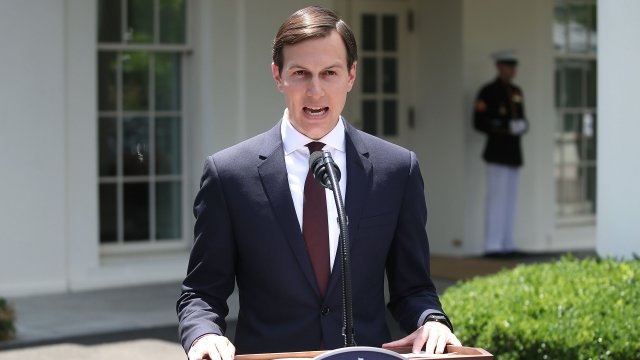 President Donald Trump's son-in-law, Jared Kushner, won't be affected by a crackdown on security clearances at the White House.

"Mr. Kushner's work that he has done will not be impacted. And he's going to continue to do the work that he's done over the last year," Sanders said.

Kushner has reportedly been operating under a temporary clearance because of issues raised by the FBI during a background check.

But he's not alone. According to a report from CNN, more than 100 White House staffers were working with interim security clearances more than a year after Trump was elected.