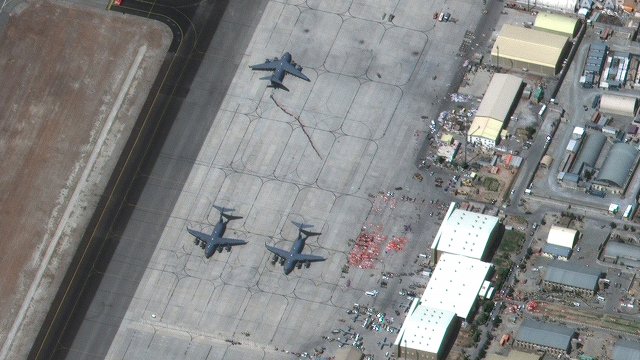 The airport is still crowded a day after a pair of bombings killed more than 100.

With just four days left to evacuate American citizens and Afghan allies before the withdrawal deadline there are concerns of more attacks at the Kabul airport.

More than 100-people were killed in a pair of suicide bombings yesterday including 13 U.S. service members, but officials expect that number to grow.

And despite safety concerns the airport is once again flooded with people trying to get out of Afghanistan and troops on hand to help.