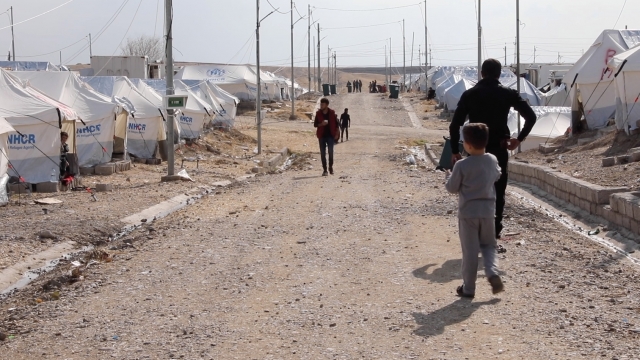 Thousands of Syrian Kurds are risking and spending everything they have to get to Bardarash refugee camp in northern Iraq.

Syrian Kurds have faced a sudden and life-threatening choice since President Donald Trump announced the U.S. troop withdrawal from northern Syria: Stay and face the groups moving in to claim the area, including Turkish, Russian and Syrian regime forces; or flee.

Even choosing to flee doesn't present many safe options because hostile forces surround the Kurds on nearly all sides.

Elizabeth Hagedorn brings Newsy this report from Bardarash refugee camp in northern Iraq near the Syrian border. Hagedorn reports the Kurdish refugees who make it here often spend and risk everything to get their families to the tent city.