Selena Gomez Re-emerges After Kidney Surgery For Her Lupus Treatment 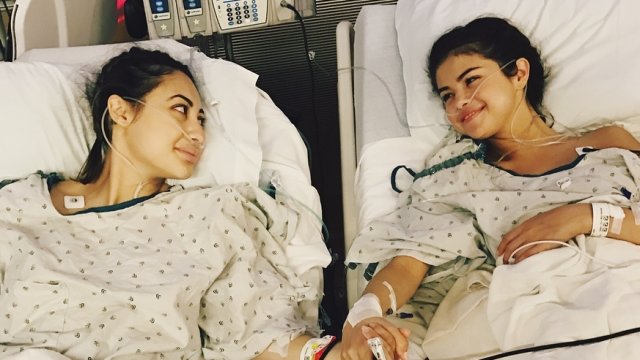 The singer revealed Thursday on Instagram she had a kidney transplant and has been recovering for a few months.

Selena Gomez has laid low for the past several months, and for good reason — she's recovering from a kidney transplant.

The singer revealed Thursday on Instagram she had the transplant this summer for her lupus treatment.

She said the donor was her "beautiful friend," actress Francia Raisa.

Gomez first revealed her lupus diagnosis in 2015. She's had treatments to fight the disease, including chemotherapy.

Disease Might Actually Be A Root Cause Of Global Poverty

Scientists say many extremely poor people are stuck in a "poverty trap" because of the fiscal and medical consequences of disease.

According to the Lupus Research Alliance, the disease can affect major organs like the skin, brain, joints and kidneys.

There currently isn't a cure.

But treating patients with certain drugs and chemotherapy can help control the disease.

Gomez isn't alone in her battle against lupus. An estimated 1.5 million Americans also suffer from the disease.

And among those are several other celebrities — including Nick Cannon, Toni Braxton and Seal.