Sen. John McCain Has Been Diagnosed With Brain Cancer 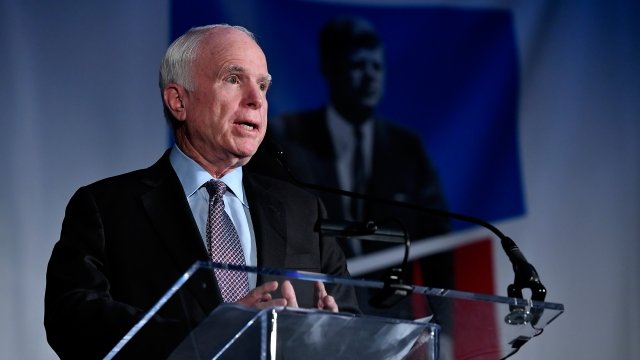 Sen. John McCain announced he was diagnosed with brain cancer after doctors removed a blood clot from above his left eye.

The Mayo Clinic announced doctors discovered a tumor after removing a blood clot from just above his left eye a few days earlier.

The statement said McCain is in good spirits and "confident that any future treatment will be effective."

McCain says he will review his treatment options, which may include radiation and chemotherapy. He's not sure when he will return to the Senate.