Sen. Lindsey Graham: 'Our Systems Are Not Racist' 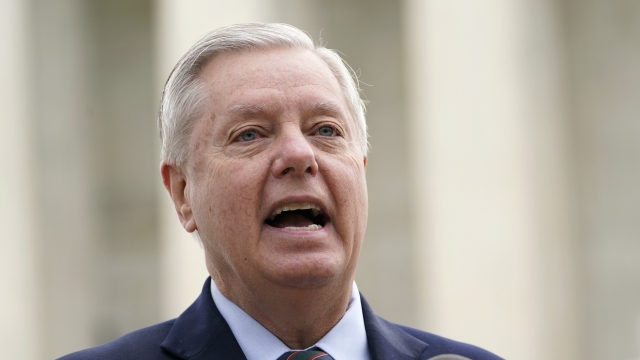 The police killings of George Floyd, Breonna Taylor, Daunte Wright and several others have renewed the calls for a change in policing.

Several studies show that Black people are disproportionately killed by police in the U.S. And leaders, including President Biden, are calling for change.

But Sen. Lindsey Graham says the U.S. doesn't have an issue of systemic racism.

"We just elected a two-term African American president. The vice president is of African American Indian descent. So our systems are not racist. America's not a racist country. Within every society you have bad actors," said Graham.

The police killings of George Floyd, Breonna Taylor, Daunte Wright and several others have renewed the calls for a change in policing.

The George Floyd Justice in Policing Act, which aims to ban certain methods of deadly force by police, end qualified immunity and improve training has passed the House with support from President Biden and is now at the hands of the Senate.