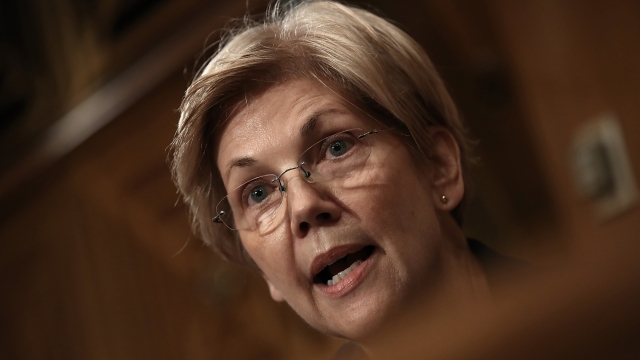 "Sen. Warren quote said, 'Sen. Sessions has used the awesome power of his office to chill the pre-exercise of the vote by black citizens.' I call the senator to order under the provisions of Rule XIX," Sen. Mitch McConnell said on the Senate floor.

Warren spoke on the Senate floor Tuesday to oppose Sen. Jeff Sessions for attorney general. While reading a letter by the late Coretta Scott King — who opposed Sessions' nomination to a district court in 1986 — McConnell moved to silence her.

Elizabeth Warren Wants To Stay In The Senate To Fight Trump

Rule XIX prohibits senators from criticizing their colleagues or implying that a fellow senator has done something "unbecoming a senator."

Warren is barred from speaking about Sessions on the chamber floor, but she's not banned from posting on social media.

Warren read the letter in its entirety in a video she posted on her Facebook page. She also tweeted she "will not be silent while the Republicans rubber stamp an AG who will never stand up to the [president] when he breaks the law."

The move didn't silence her supporters, either. The hashtag #LetLizSpeak started trending on Twitter.

There's even an online store with shirts, phone cases and other products supporting Warren.

Some Democrats argued McConnell implemented the rule selectively and cited multiple instances of Republicans appearing to test the rule in the past.

McConnell defended his decision, saying Warren was warned but "nevertheless, she persisted."