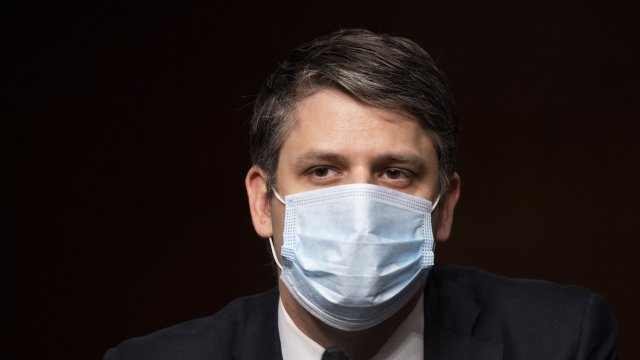 Judge Justin Walker was nominated to his current post less than a year ago, but now he's being considered for a major promotion.

District Judge Justin Walker found himself in a somewhat familiar seat Wednesday morning before the Senate Judiciary Committee. That's because he was in the same one less than a year ago as a nominee to become a federal judge. He was confirmed along party lines even after being deemed unqualified by the American Bar Association due to lack of courtroom experience.

Now he's back, this time to be elevated to a lifetime appointment to the D.C. Circuit Court of Appeals, the second-highest court in the country. At 37 years old, he is the youngest nominee in almost 40 years. Walker is only 11 years out of law school and has been a judge for less than six months.

The ABA has since changed its tune and deemed Walker well qualified for this position.

Walker was also a clerk for former Justice Anthony Kennedy and Justice Brett Kavanaugh before he reached the high court. He's also an outspoken conservative. According to the New York Times, Walker has given at least 119 interviews and speeches defending Kavanaugh.

Democrats focused their questioning largely on Walker's criticism of the Supreme Court's decision upholding the Affordable Care Act. When pressed, Walker promised to apply the law as the high court interpreted it.

Walker's confirmation hearing was kept quiet until he was formally introduced Wednesday morning. Senate Majority Leader Mitch McConnell has come under fire from Democrats, who say the Senate should not have returned during a pandemic to confirm judges.

A vote on his confirmation is expected along party lines in the Republican-controlled Senate.