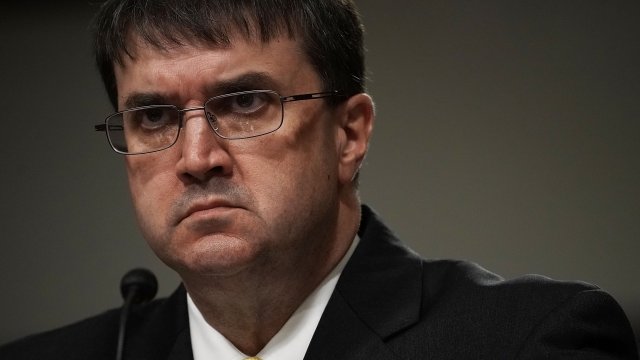 President Donald Trump tapped Wilkie for the job in May.

The former VA secretary, David Shulkin, was fired in March after an inspector general report criticized him for wasteful spending and unethical actions during a department trip last summer.

Trump had previously thrown Rear Adm. Ronny Jackson's name out for the VA secretary position, but Jackson withdrew his nomination in April after facing multiple allegations of improper conduct.

Wilkie is a reserve officer in the U.S. Air Force. He has over two decades of experience, including serving as assistant secretary of defense for four years during the George W. Bush administration.