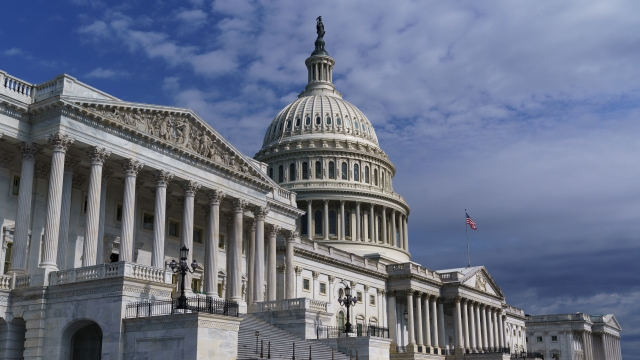 A self-imposed Monday deadline was missed due to disagreements over water and transit funding in the final text of the infrastructure package.

Senators and the White House are locked in intense negotiations to salvage a bipartisan infrastructure deal, with pressure mounting on all sides to wrap up talks and show progress on President Joe Biden's top priority.

Despite weeks of closed-door discussions, senators from the bipartisan group blew past a Monday deadline set for agreement on the nearly $1 trillion package.

Instead they hit serious roadblocks over how much would be spent on public transit and water infrastructure and whether the new spending on roads, bridges, broadband and other projects would be required to meet federal wage requirements for workers. They're also at odds over drawing on COVID-19 funds to help pay for it.

The president touted U.S. job recovery during his time in office, pushing for more government spending despite growing concerns about inflation.

The top Democrat in the Senate is applying more pressure on lawmakers to resolve differences on a massive infrastructure bill.

Majority Leader Chuck Schumer warned his colleagues the chamber may stay in session through the weekend. The White House says President Biden is involved in these negotiations.

"The President worked the phones all weekend and is continuing to," Press Secretary Jen Psaki said. "We're encouraged as we reach the final issues that need to be worked out and are confident about the path forward."

This is a crucial week after more than a monthlong slog of negotiations since Biden and the bipartisan group first celebrated the contours of the nearly $1 trillion bipartisan agreement in June.

U.S. Inflation Is The Highest It's Been In 13 Years

Experts say the current rise in prices will be short-lived.

The White House wants a bipartisan agreement for this first phase, before Democrats go it alone to tackle broader priorities in a bigger $3.5 trillion budget plan that's on deck.

But as talks drag on, anxious Democrats, who have slim control of the House and Senate, face a timeline to act on what would be some of the most substantial legislation in years.

Yet there was little to show Monday after a grinding weekend of talks, putting the deal at risk of stalling out.