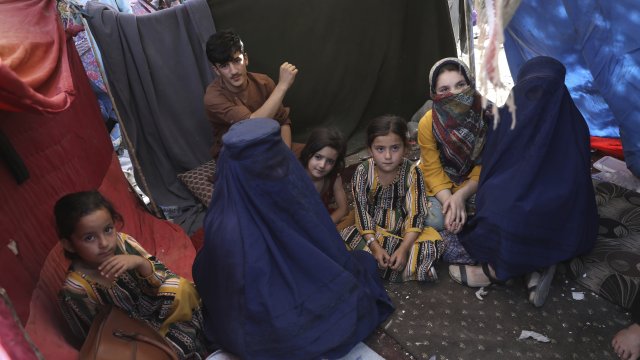 Critics say the U.S. should have begun the evacuation of citizens and Afghan allies much earlier to avoid the desperate scenes we've seen this week.

New calls for accountability for the fall of Afghanistan.

The Democratic-led Senate Foreign Relations Committee plans to hold a hearing on – what it calls – flaws in both the Trump administration's peace talks with the Taliban and the Biden administration's execution of the U.S. withdrawal and evacuation.

Meanwhile the Taliban is promising safe passage to Kabul's airport for people who want to get out and the State Department is starting to notify groups of Americans sheltering in place to head to the airport. But spokesperson Ned Price couldn't give many specifics on what they should do if they still can't get there safely.

Critics say the U.S. should have begun the evacuation of citizens and Afghan allies much earlier to avoid the sort of desperate scenes we've seen at the airport this week. National Security Adviser Jake Sullivan explained why that didn't happen.

"We did dramatically accelerate the SIV process and move out a substantial number of SIV applicants and their families," he said. "But the Afghan government and their supporters, including many of the people now seeking to leave, made a passionate case that we should not conduct a massive evacuation lest we trigger a loss of confidence in the government. Now our signaling support for the government obviously did not save the government."

Kabul fell Sunday after the Taliban marched into provincial capitals across Afghanistan – capturing them in less than two weeks and in some cases, reportedly, without much armed opposition from government forces.