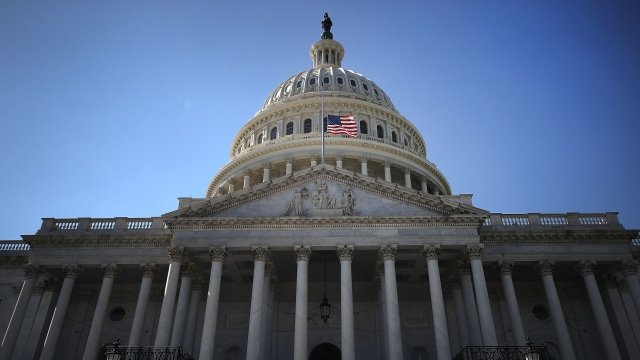 Beyond funding the government, the legislation sets aside $1.5 trillion for tax cuts the Republican Party hopes to pass.

Republicans in the Senate secured enough votes to pass their 2018 budget.

The Senate vote came after roughly two days of debate and its marathon voting session known as the vote-a-rama. That's when senators vote at least 15 times on a single piece of legislation in one day.

The budget allows Congress to add $1.5 trillion to the deficit over the next 10 years to pay for tax cuts. The Committee for a Responsible Federal Budget says the resolution calls for $4.1 trillion in mandatory savings, but the Senate doesn't specify where that savings will come from.

That's a stark difference from the House's budget, which laid out plans to save $4.4 trillion by cutting spending for programs like Medicare, Medicaid and Social Security. The House passed its 2018 budget earlier this month.

Because of the way the Senate's budget legislation is structured, Republicans can now move their tax reform plan through the Senate with a simple majority vote.

Next on the budget agenda? The Senate and House will need to reconcile differences between their two budgets.