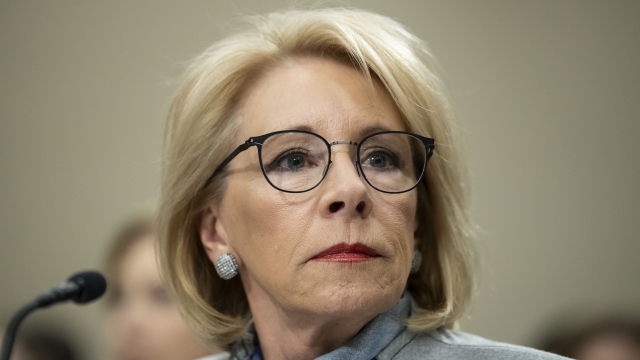 Republicans and Democrats in the Senate are trying to overturn Trump administration rule slated to go into effect in July.

The Senate has voted to reject a Trump administration rule that would limit debt relief for students deceived by for-profit colleges.

According to CNN, Education Secretary Betsy DeVos believes the rule is needed to protect taxpayers from people trying to scam the system by applying for debt relief that they don’t need and who didn’t actually suffer harm. The rule would require that students prove that the school knowingly misled them in order to receive debt relief, as well as how they were financially harmed by the schools.

However, Democrats argue the rule would make it harder for students, especially ones who are veterans, who are often victims of shady for-profit colleges. Ten Republican House members also voted to reject the Trump administration restrictions.

The Senate resolution heads to President Trump's desk. If he does not sign the measure, the rule will go into effect, as scheduled, in July.