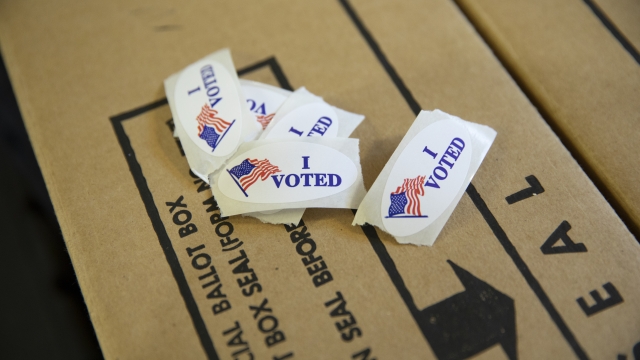 Democrats were trying to pass both bills using unanimous consent, meaning a single vote could shut them down.

Minority Leader Chuck Schumer was pushing a bill that would require the use of paper ballots and provide funding for the Election Assistance Commission. The bill had passed the House with only one Republican's support. McConnell objected, calling it "partisan legislation." He said any election security legislation brought up in the Senate must be bipartisan.

McConnell also objected to a bill from Sen. Richard Blumenthal that would require campaigns to tell the FBI if a foreign government offered them election help.

This comes a day after former special counsel Robert Mueller testified to lawmakers that he believes Russians will meddle in the 2020 election. He even warned, "They're doing it as we sit here."

And on the same day as Mueller's testimony, Republican Sen. Cindy Hyde-Smith objected to three separate bills proposed by Democratic Sens. Mark Warner, Richard Blumenthal and Ron Wyden. They were also trying to pass the bills by unanimous consent. Hyde-Smith did not explain why she objected.

Two of the bills she shut down would require campaigns to report any foreign attempts to interfere in U.S. elections; the third is meant to fight hackers.

The GOP has long argued that Congress has already done everything necessary to address 2020 election security.