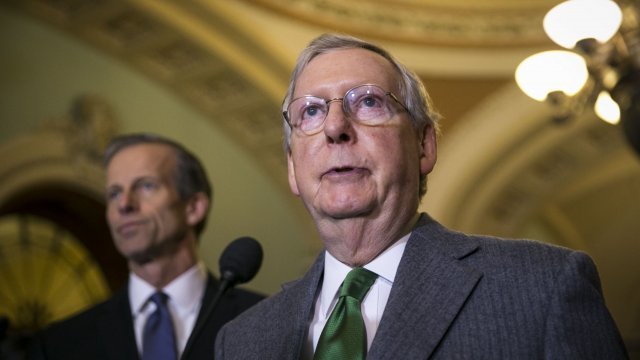 Despite President Trump's insistence to quickly pass gun legislation, the U.S. Senate will instead focus its immediate attention on banking law.

Senate Majority Leader Mitch McConnell says the Senate won't discuss any gun legislation next week, but instead will focus on a bill that would make changes to the Dodd-Frank banking law.

When asked about passing gun legislation, McConnell told reporters, "We'd love to do that at some point." and "I'm hoping there is a way forward."

"We can't wait and play games and nothing gets done," Trump said during Wednesday's meeting about gun violence.

At least one bill that appears to have a majority of bipartisan support in the Senate is fixing NICS, or the National Instant Criminal Background Check System. One of the bill's co-author's Sen. John Cornyn says the bill would get enough votes to pass if brought to the Senate floor.