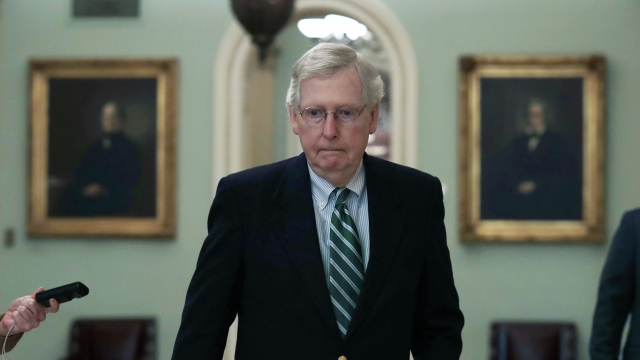 As of Tuesday morning, Republican Sens. Rand Paul, Susan Collins, Lisa Murkowski and Thom Tillis said they will vote in favor of the resolution, which passed the House last month.

Assuming all Democratic senators support the resolution, those four Republicans would provide the simple majority needed to send it to President Trump's desk.

But McConnell told reporters he doesn't think lawmakers will have enough votes to override a presidential veto. That would require a two-thirds majority.

President Trump issued the national emergency declaration in February. It allows him access to certain government funding to pay for a U.S.-Mexico border wall without going through Congress.

The Senate is expected to vote on the resolution by March 15.