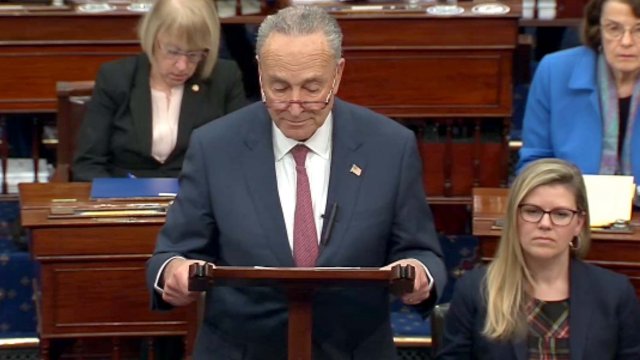 A vote acquitting the president is likely on Wednesday.

The trial is likely to end Wednesday with a vote acquitting the president of the two articles of impeachment against him.

"Rob this country of a fair trial and there could be no representation that the verdict has any meaning," said lead impeachment manager Rep. Adam Schiff.

Some Senate Republicans said there still was no need to hear from Bolton, even if he confirms the Democrats' case that the president linked foreign aid to an investigation of a political rival.

"Even if everything the House has alleged is accepted is true, removing the president is not a last resort," Sen. Marco Rubio said. "We have an election in November which is a far better and a lot less damaging remedy."