The Senate's Debate On Health Care Reform Is Officially Underway 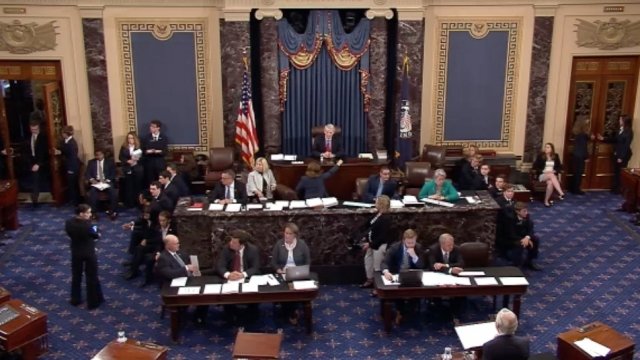 Senate took a controversial vote Tuesday on the motion to proceed with the Republicans' health care reform effort.

On Tuesday, the Senate voted 50-50 to approve a motion to proceed with the Better Care Reconciliation Act. Vice President Mike Pence was the tie-breaking vote.

Republican leadership struggled to drum up enough support. Leading up to the procedural vote, as many as 14 GOP senators expressed concern with or opposed it.

Trump Says The US 'Needs A Good Shutdown'

The last time the U.S. had a government shutdown, it cost the economy an estimated $24 billion.

The Congressional Budget Office review of the latest version of the bill estimated by 2026, it would reduce the deficit by $420 billion. But the report says the number of uninsured people would increase by 22 million.

Now the bill can go to the Senate floor for a full vote, which is also expected to be close.