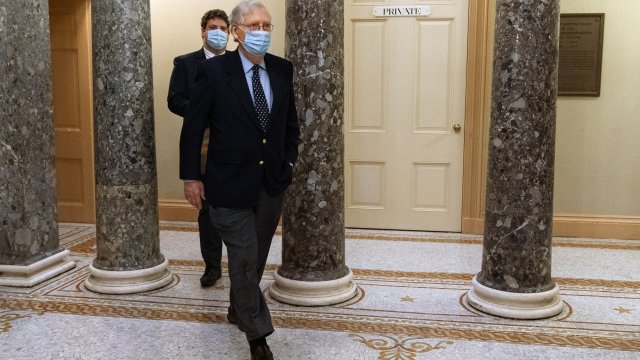 McConnell has committed to hold a vote today on overriding the president's veto of the national defense authorization act.

But it could be held up by Democrats ...Who may demand a clean vote on the $2,000 stimulus checks.

The more than $740 billion defense policy bill includes a troop pay increase and funding for military equipment and construction.

The president says he vetoed the bill because it didn't include a repeal of liability protections for big tech companies...And he opposes

A provision to rename military installations which are currently named after confederate figures.

Two-thirds of the republican-controlled senate would need to vote to override the veto to be successful.

The democrat-led house did so on Monday.