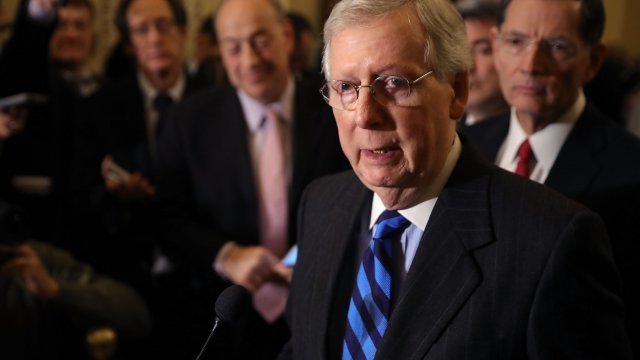 Just ahead of another government shutdown deadline.

The Senate announced a long-term spending deal Wednesday just ahead of the government shutdown deadline.

The bipartisan effort would fund the government for two years and would increase military and non-defense spending by $300 billion during that time. It also contains no mandatory spending caps.

Republican Senate Majority Leader Mitch McConnell said Wednesday, "The compromise we've reached will ensure for the first time in years our armed forces will have more of the resources they need to keep them safe."

The deal would also add about $80 billion in disaster relief funding and extend funding for the low-income Children's Health Insurance Program from six to 10 years.

The legislation is now headed to the House where it's expected to face a tough battle.

Some Democrats have said they don't want to raise budget caps without protections for undocumented immigrants under the Deferred Action for Childhood Arrivals program.