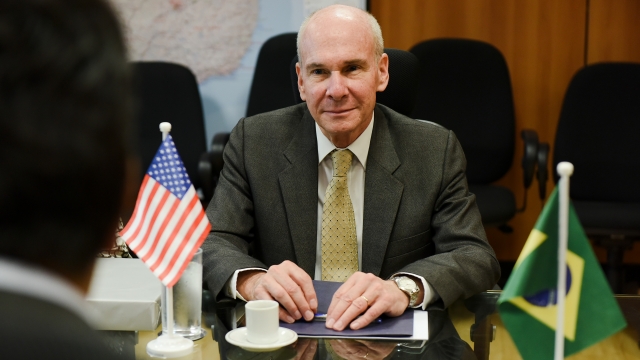 McKinley served as U.S. ambassador to several countries, including to Afghanistan during the end of the Obama administration.

Michael McKinley, a senior adviser to Secretary of State Mike Pompeo, has resigned. The Washington Post was the first to report the news, and Pompeo confirmed it on Friday.

According to the Post, McKinley was "closely involved" in the Trump administration's policies on Venezuela, Mexico, Southeast Asia and Afghanistan.

McKinley is a career diplomat. He served as U.S. ambassador to several countries, including to Afghanistan during the end of the Obama administration. Most recently, he was the ambassador to Brazil from 2017 until May 2018, when he was appointed to Pompeo's senior adviser position.

On Friday, Pompeo said McKinley is leaving to "pursue other opportunities." But the Post reports he was unhappy with Pompeo's "lack of public support" for department officials implicated in the Ukraine controversy.