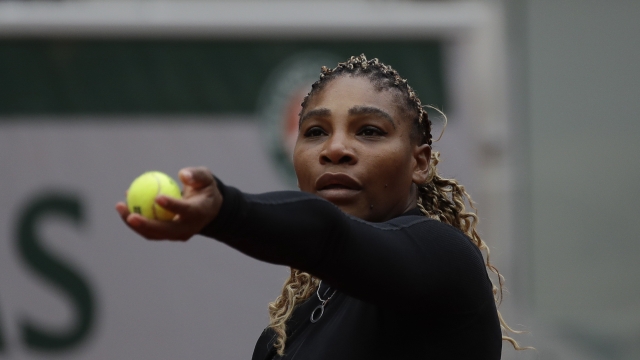 She sustained the injury earlier this month at the U.S. Open.

Tennis champion Serena Williams has pulled out of the French Open after injuring her Achilles' tendon. The injury puts an end to her latest bid to tie the all-time Grand Slam singles title record.

Williams injured the tendon earlier this month during a semi-final match at the U.S. Open. Williams told reporters she loves playing in Paris, but her Achilles just didn't have enough time to heal properly. She said she's struggling to walk and will need at least four to six weeks of rehab.

Williams, of course, is one of the most decorated athletes in U.S. history, and she was a favorite to win her fourth French Open tournament. But she'll now have to wait until at least next year to try matching Margaret Court's 24 major singles titles.

Williams said an Achilles injury isn't something she wanted to play around with because of how bad it can become. She doesn't expect to play any more matches for the remainder of the year.

"I tried. I always give 100 percent, everyone knows that, maybe even more than 100 if that’s possible, and I take solace in that," Williams said.