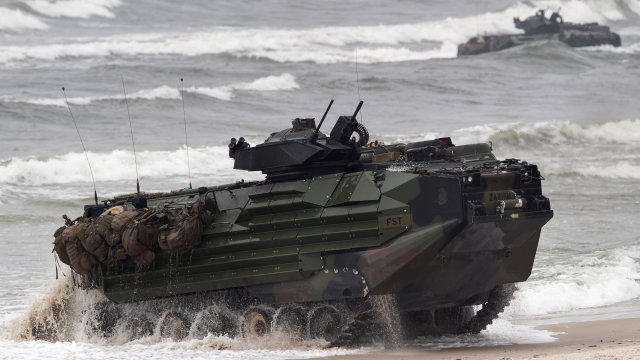 The crew was on a training mission when their vessel sunk off the coast of Southern California.

The Marine Corps said seven marines and one sailor are presumed dead after a fruitless 40-hour search off the coast of Southern California.

On Thursday, a crew of 16 was doing a routine training exercise off San Diego when their amtrac, or amphibious tractor, took on water and sank. Eight Marines were initially rescued, though one died and two are in critical condition.

The search for the missing was called off Sunday after military members scoured more than 1,000 square nautical miles. The tank-like, 26-ton craft is said to have sunk in water hundreds of feet deep — too deep for divers. Efforts will now turn to finding and recovering the service members and investigating the sinking.

The crew ranged in age from 19 to early 30s and all were wearing body armor and flotation vests. Col. Christopher Bronzi, commander of the 15th Marine Expeditionary Unit, made the announcement, saying, “It is with as heavy heart that I decided to conclude the search and rescue effort."