At Least 10 Dead In The Munich Mall Shooting, Including The Shooter 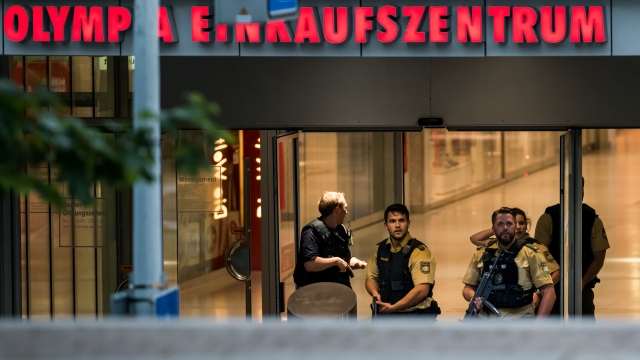 After initial reports of multiple shooters, police confirm there was just one shooter who killed himself at the scene.

Ten people are dead and 10 others injured after a shooting at a shopping center in Germany.

The shooting happened about 6 p.m. local time at the Olympia shopping center in Munich. Police say the shooter killed at least nine people before turning the gun on himself.

Facebook activated its Safety Check feature, allowing those in Munich to tell family and friends they are safe.

Special forces from neighboring states and the German federal police responded to Munich to help with the investigation.

Initially, police were looking for three suspects. Public transportation was shut down during the manhunt. Eventually, investigators determined it was just one shooter, an 18-year-old German-Iranian who had lived in Munich for a long time.

At a press conference Friday evening, police said the motive for the attack was "unclear."

This video includes images from Getty Images and clips from RT Deutsch.