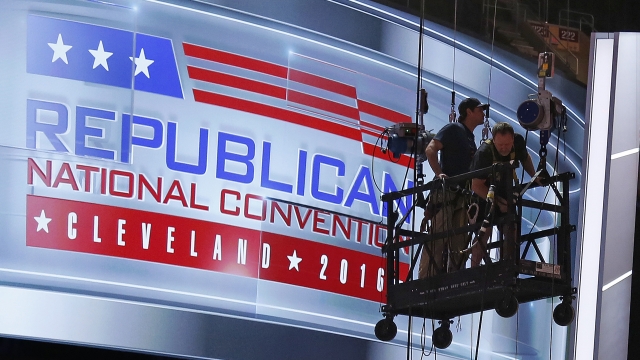 The GOP is moving forward with plans to hold an in-person convention in Jacksonville, despite a spike of COVID-19 cases in Florida.

Organizers in Florida are racing to prepare Jacksonville for the Republican National Convention, though safety questions are mounting.

“I can't imagine, quite frankly, what they’re going through,” said David Gilbert, CEO of the host committee for the 2016 RNC in Cleveland. “You know, [in 2016] there were some issues along the way, but nothing like what they’d be dealing with now.”

“Nobody knows where we’re going to be 40 days from now,” he added.

In Duval County, where Jacksonville is located, less than a quarter of hospital ICU beds are available.

And the city’s mayor, Lenny Curry, is in self-quarantine after exposure to the virus.

The city now mandates that masks be worn indoors when social distancing isn't possible, and officials are reportedly considering moving the event to an outdoor stadium.

“In this upcoming convention, the big thing that … [the RNC] need[s] to do is manage expectations,” Terrill said. “Under-promise and over-deliver, in terms of the outcome of the convention.”

What the convention will look like is still anyone’s guess.